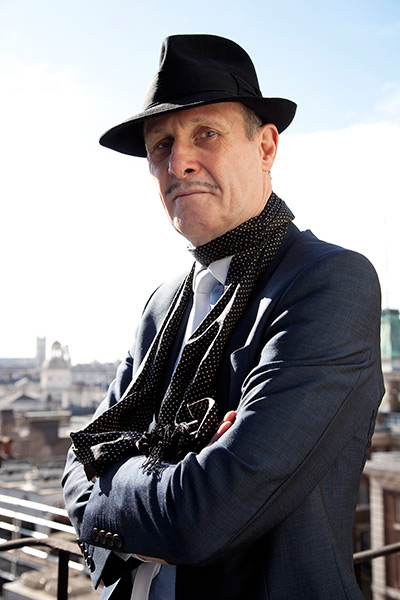 Nigel Cawthorne is a prolific writer and is the author of both popular and investigative history books. Four of his publishers tell him that he is the most published living author in the UK. This is difficult to verify as he works under five different names and assumes other writers do too.

He was born in Wolverhampton – though Wikipedia says it was Chicago – and was brought up in what was then rural Surrey, now commuter belt. His first job was milking cows. Though the feel of a warm udder has its attractions for an adolescent boy, most of the job consisted of shovelling cow shit… But let’s not go further down the route.

He came to London to study physics at University College London and is, consequently, one of the Godless of Gower Street. To support himself, he became a printer’s message. Awaiting proofs at IPC Business Press one evening, he spotted a wanted ad on the notice board for a features writer on Nuclear Engineering International. He applied immediately. The vacancy had already been filled, but they offered him a job on a weekly tabloid for the white goods trade called the Electrical and Electronic Trader, where he learnt the craft of Grub Street.

He had an affair with the wife of a gangster and fled to New York where he worked on a building site in Bed-Sty. He began writing for pornographic magazines. Then a new newspaper called The New York Trib started. Still an illegal immigrant, he began writing for it. When it failed, he was employed by the Financial Times, then went freelance.

He went to see the Joint Chiefs of Staff in Hanoi researching The Bamboo Cage, showing that US service men held prisoner in southeast Asia after the Vietnam war. Though the book was not published in the US, he was called to testify to the US Senate. He followed up with The Iron Cage, showing 31,000 British prisoners of war disappeared into the gulags in 1945. Questions were asked in both houses of Parliament. His flat was broken into and documents taken.

A nine-year-old boy turned up on his doorstep, his son with the woman he had married in New York to get his Green Card. So he had to give up journalism to write books full time, so he could stay home and bring him up. He started full-time authorship with Takin’ Back – The Confessions of Ike Turner and went on to write the twelve-volume Sex Lives… series, beginning with Sex Lives of the Popes, which was a bestseller in Brazil. Sex Lives of the US Presidents came out just when Bill Clinton got caught with Monica Lewinsky. That got him on The Joan Rivers Show…