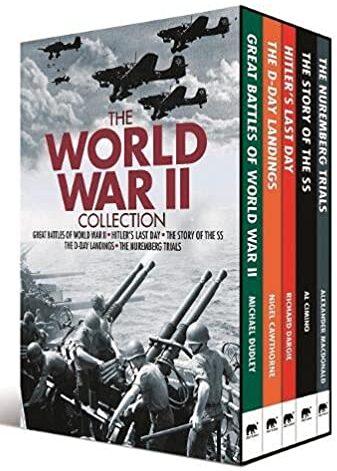 This box set brings together five brilliant titles which recount the major events of World War II, from Dunkirk to the Nuremberg trials. With breakdowns of skilful military manoeuvres, chilling accounts of Nazi organisations and astounding details from the fall of Berlin, this collection chronicles the defeat of Germany and the Axis powers.

These titles are:
• Great Battles of World War II by Michael Dudley
• The D-Day Landings by Nigel Cawthorne
• Hitler’s Last Day by Richard Dargie
• The Story of the SS by Al Cimino
• The Nuremberg Trials by Alexander Macdonald

A great read for both military history enthusiasts and those eager to learn more about World War II.