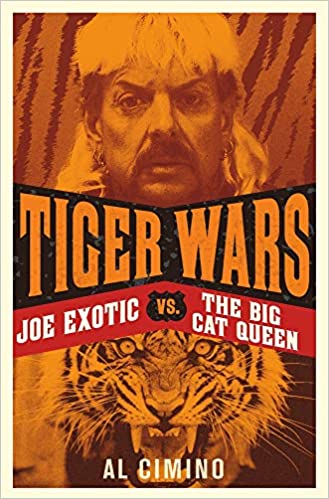 Baskin, who runs the Big Cat Rescue in Florida, a sanctuary for abused and abandoned wild cats, waged a long legal battle to have Joe’s exotic animal park in Oklahoma shut down for the maltreatment of his animals. But Carole had her own dark past and Joe wasn’t going down without a fight; he responded by plotting to have her murdered.

Tiger Wars delves deeper into this stranger-than-fiction tale and tells the shocking story of this big cat war, the cult-like characters involved and the spiral of obsession that landed Joe Exotic in jail and exposed the dark heart of America’s big cat obsession.