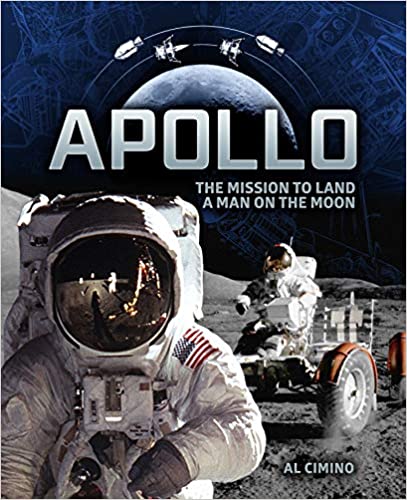 Apollo follows man’s dream of walking among the stars and charts how space travel and space programs have grown since then.

In 2019, it will have been 50 years since Neil Armstrong became the first man to walk on the Moon. When his famous words came crackling across the atmosphere—“That’s one small step for man; one giant leap for mankind.” The first moon landing took place on July 20, 1969, during the Apollo 11 mission. Nine days earlier, on July 11, 1969, David Bowie released his iconic “Space Oddity” song about Major Tom the astronaut. The two events resonated with people back on Earth like a match made in the heavens. The crew of Apollo 11—Neil Armstrong, Buzz Aldrin, and Michael Collins—had been launched into space by the powerful Saturn 5, a three-stage rocket which was about as tall as a 36-story building. It was the culmination of NASA’s human spaceflight program which began 1961.

This is the story of the Apollo Missions, with all of its ups and downs—in 1967, a cabin fire killed the entire crew of Apollo 1, and-after an oxygen tank exploded-the Apollo 13 crew limped back to Earth using the lunar module as “lifeboat.” But despite Apollo’s many setbacks, twelve  men walked on the Moon and their place in American history was assured forever.