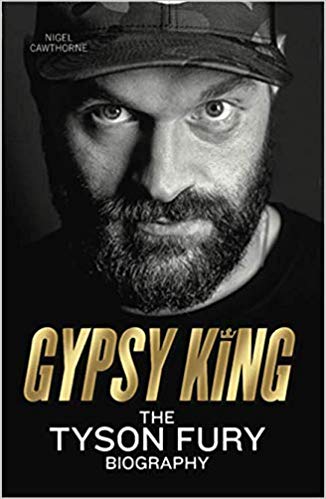 Heavyweight boxer Tyson Fury was named after Mike Tyson, the world heavyweight champion when Fury was born in 1988. His surname Fury is also the perfect name for a fighter who also calls himself The Furious One and the Gypsy King due to his Traveller origins. His family has a long history in bare-knuckle fighting and both his father Gypsy John Fury and grandfather Tiger Gorman also fought as professionals. After turning professional in 2008, Tyson Fury became famous for his aggression both in the ring and in the Twitter sphere. Perhaps not as poetic as Muhammad Ali, his verbal jibes at his opponents always packed a punch. He is also a great showman, turning up to one press conference dressed as Batman. He loves to sing and courts notoriety with his outspoken views on homosexuality and other sensitive issues. These probably cost him the BBC Sports Personality of the Year in 2015. In the ring, though, he is unchallenged. In twenty-eight professional fights, he has won twenty-seven with just one controversial draw. At regional level he held the British and English heavyweight titles twice each, as well as the European, Commonwealth and Irish heavyweight titles. He held the ABA super-heavyweight title before turning professional.